DE LA GARZA ARCHITECTURE LLC was engaged by Louis Vuitton to direct the development and construction of the facades for their flagship store at City Center, the largest in their North American network.

The exterior facade integrated custom metal cladding and an LED lighting and control system to play branded media shows on the Las Vegas Strip. The two-story interior storefronts incorporate new materials and angular shapes to make a presence in the vast interior of the Crystals complex.

Challenges included directing the many consultants, vendors, and contractors within the limits of the budget and schedule and in coordination with the work on the overall complex.

As a key element to the multi-billion dollar City Center development, the project has been published extensively. The exterior façade received a 2010 IES Lighting Design Award. 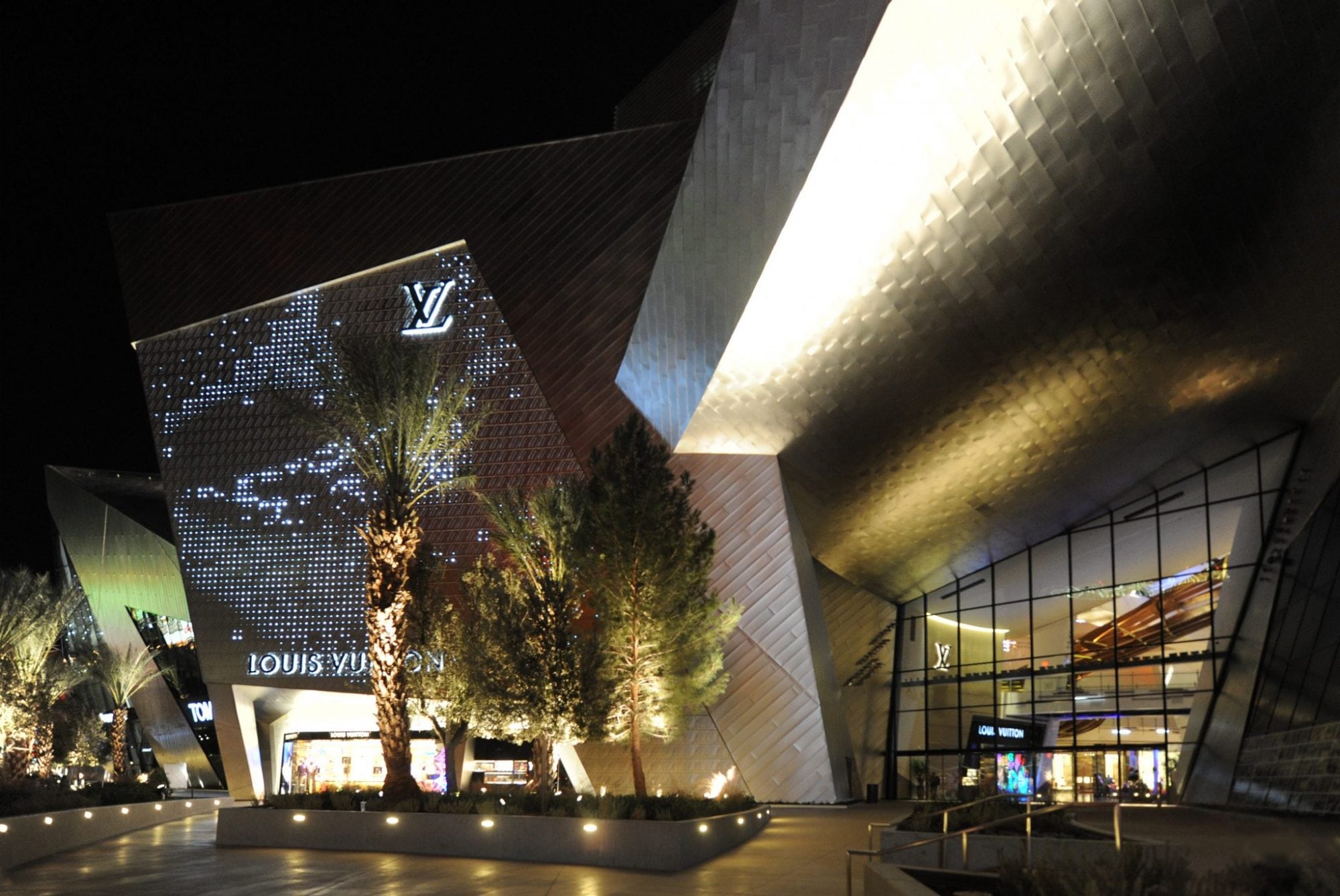 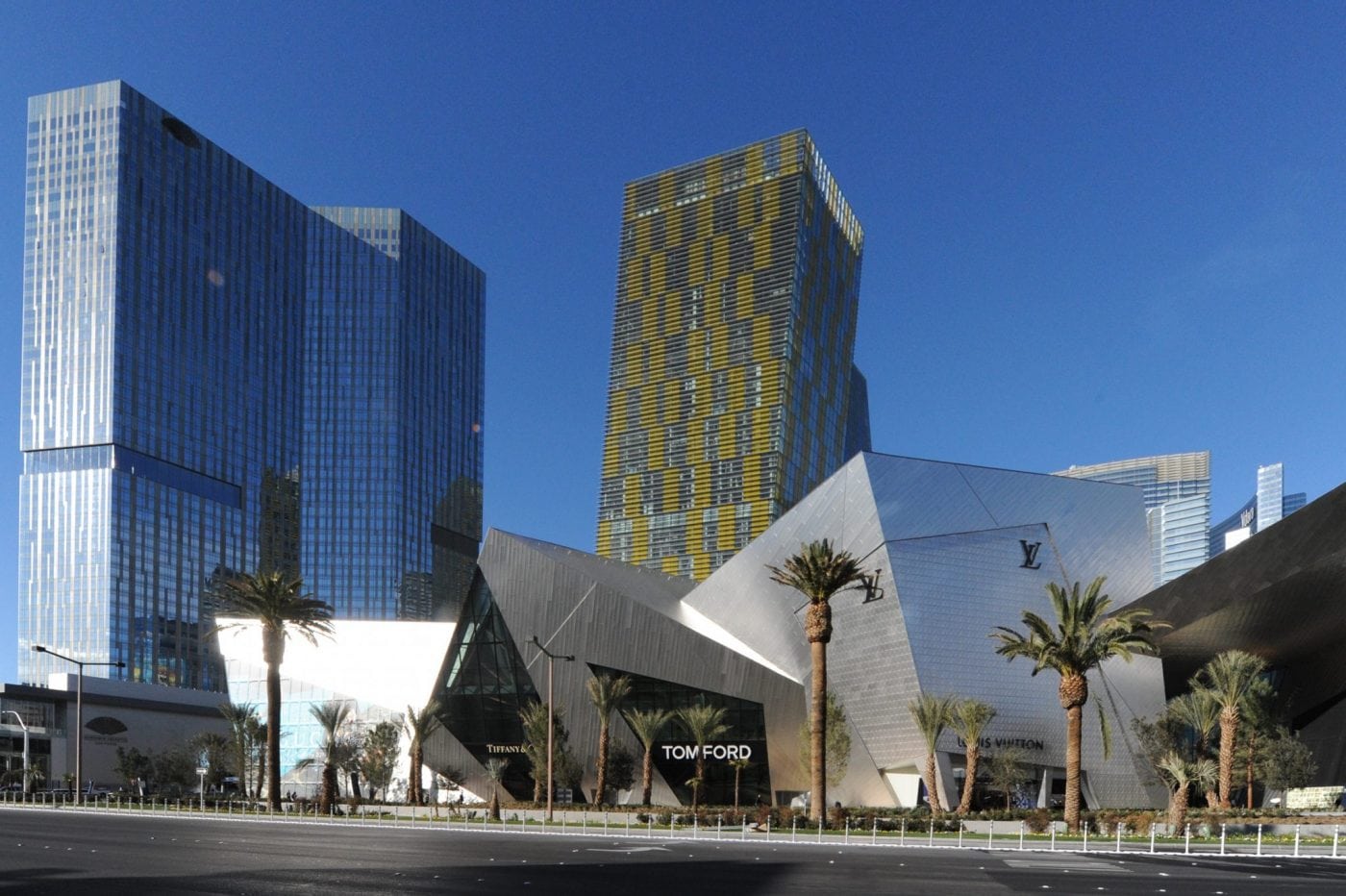 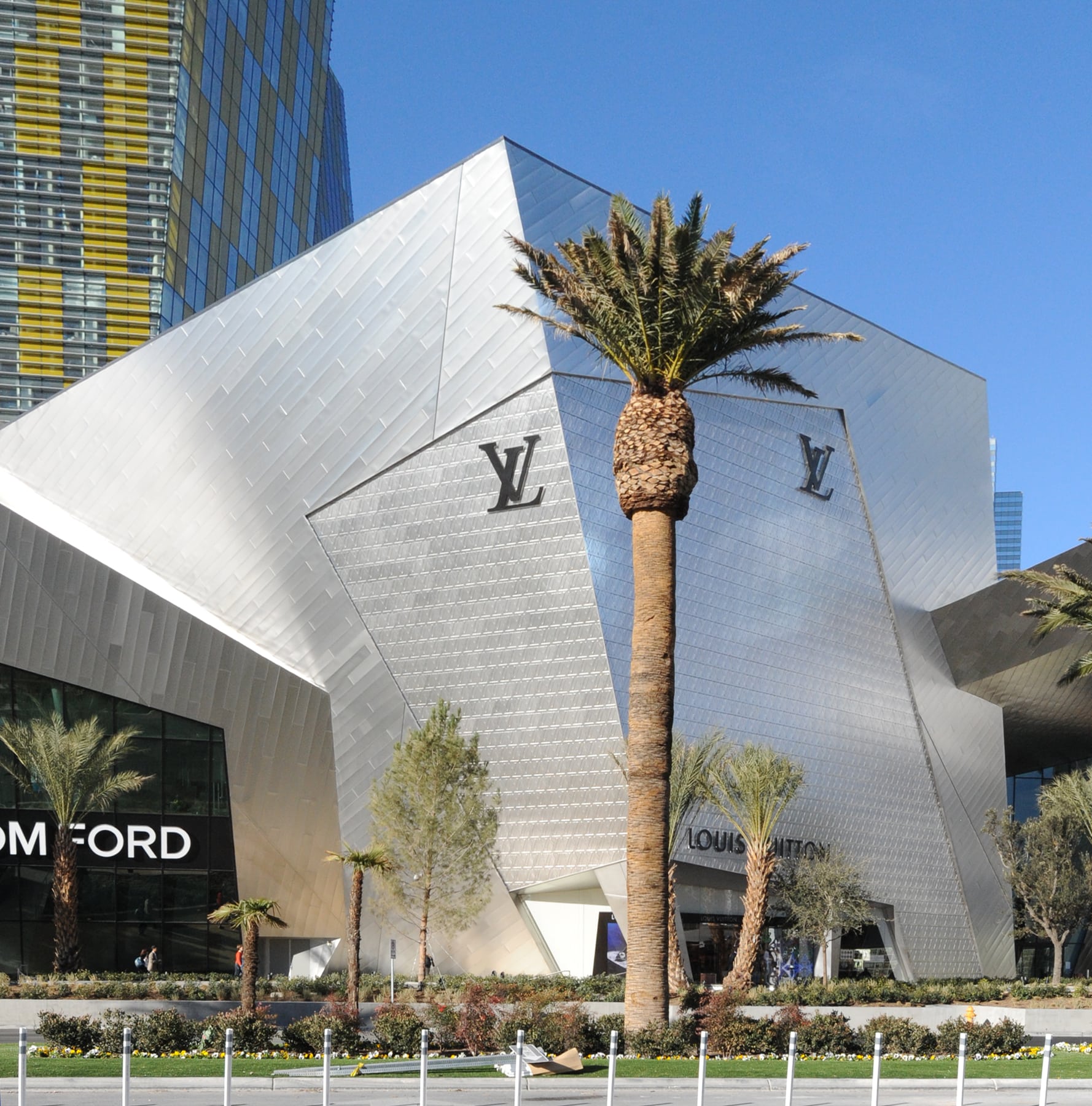 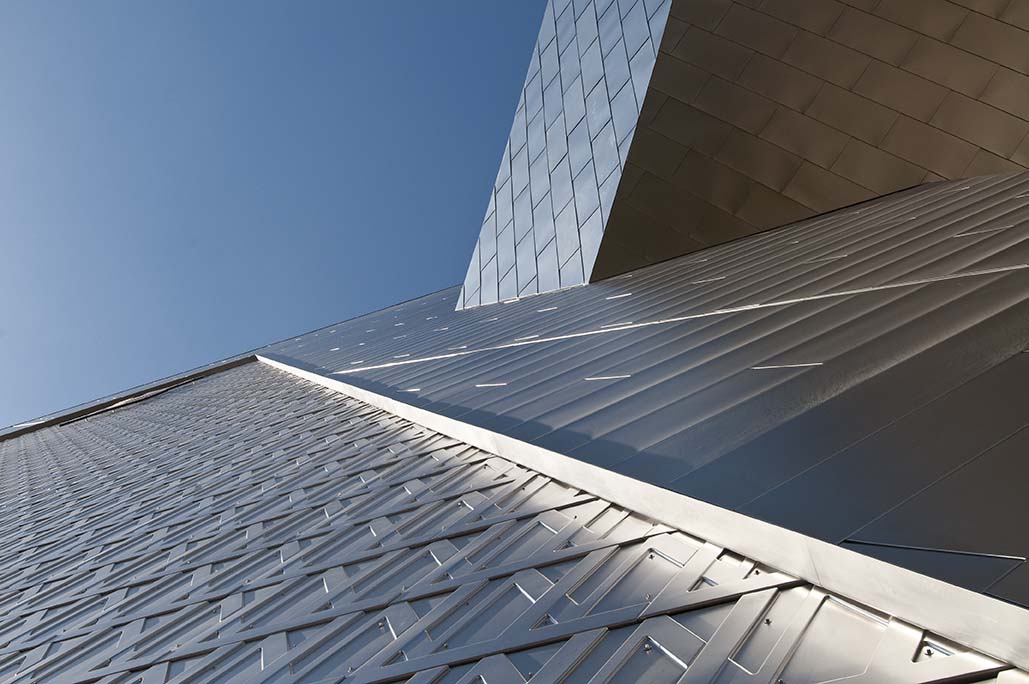 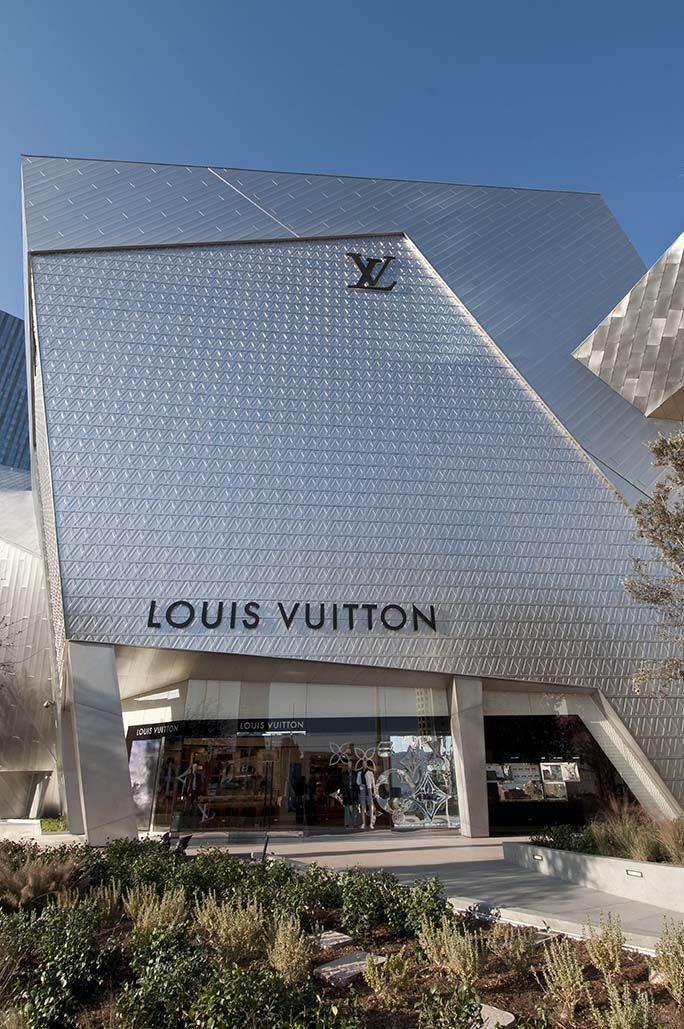 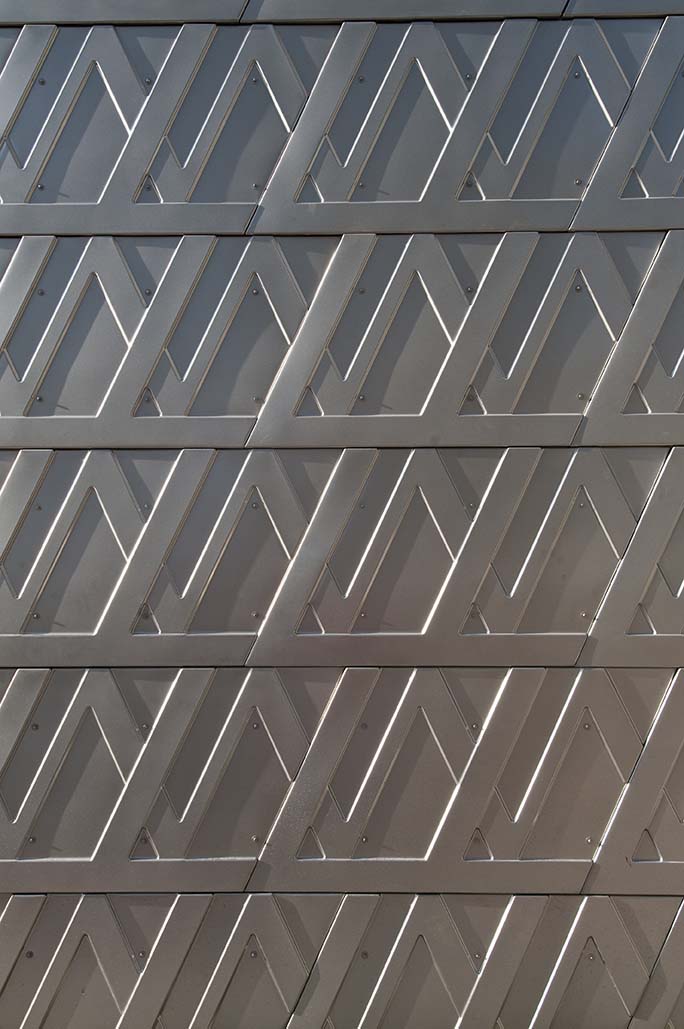 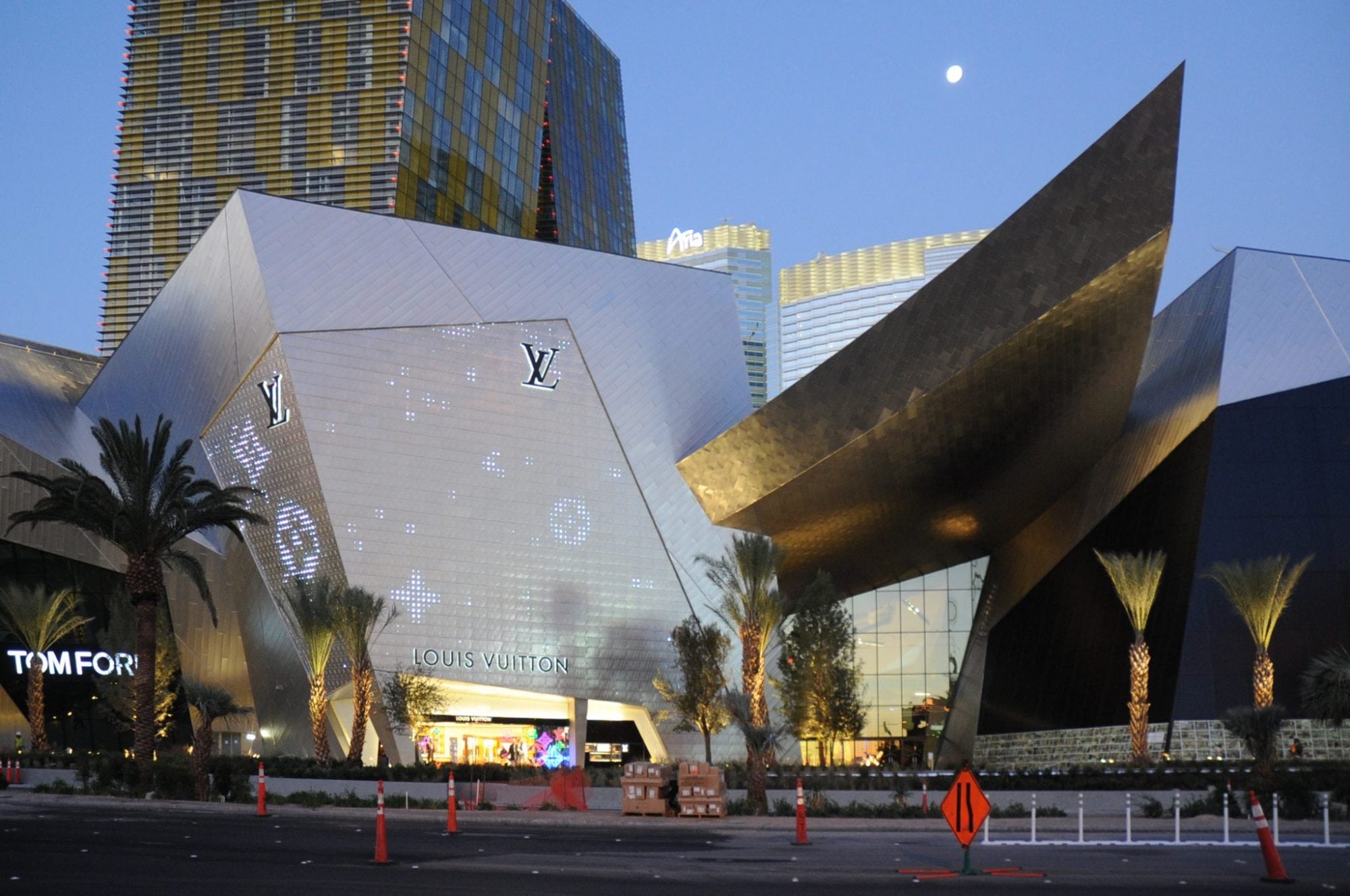 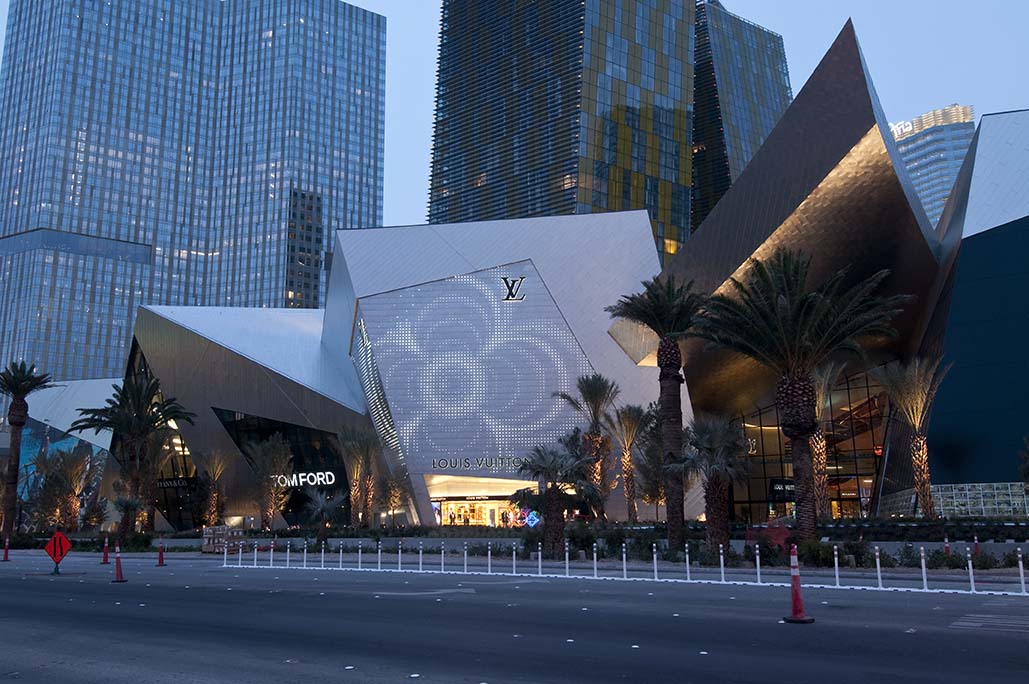 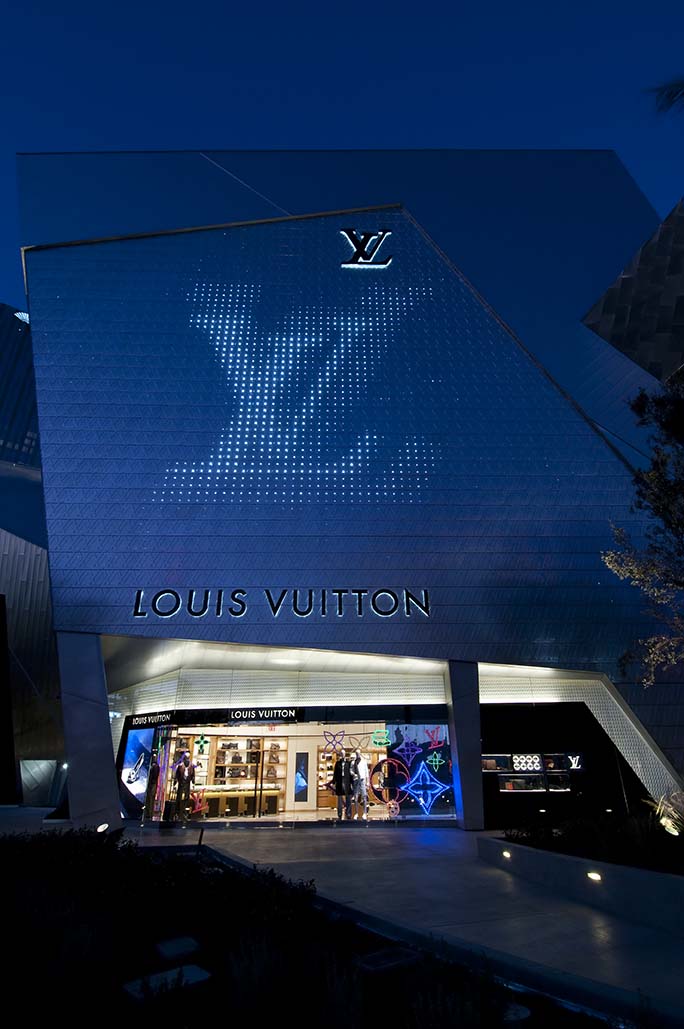 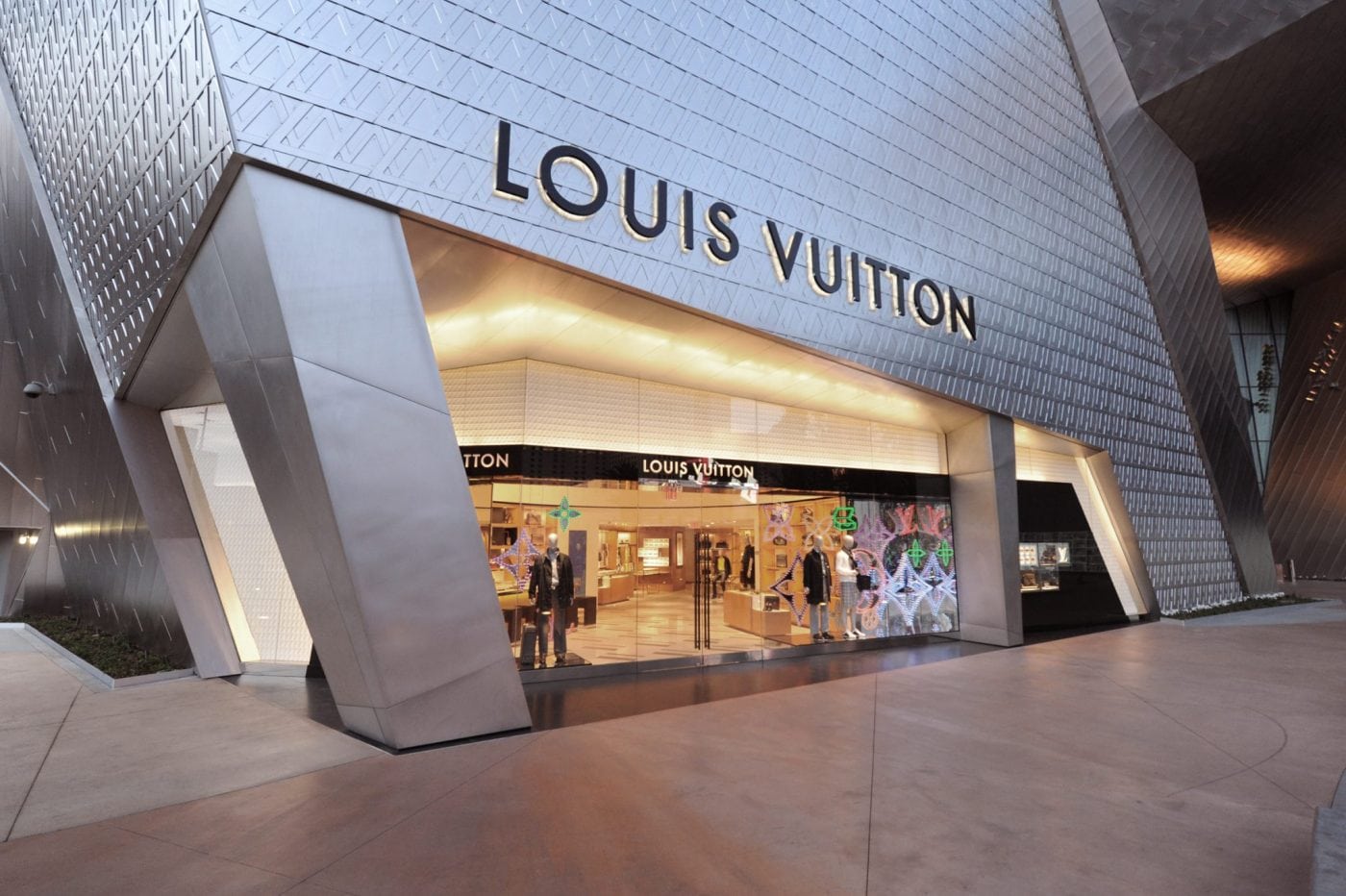 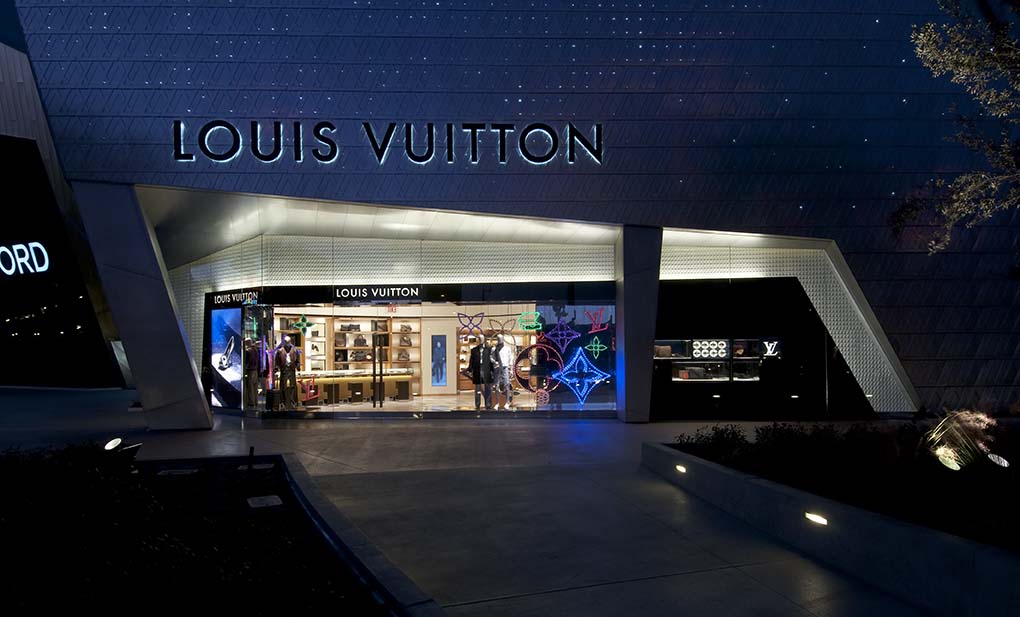 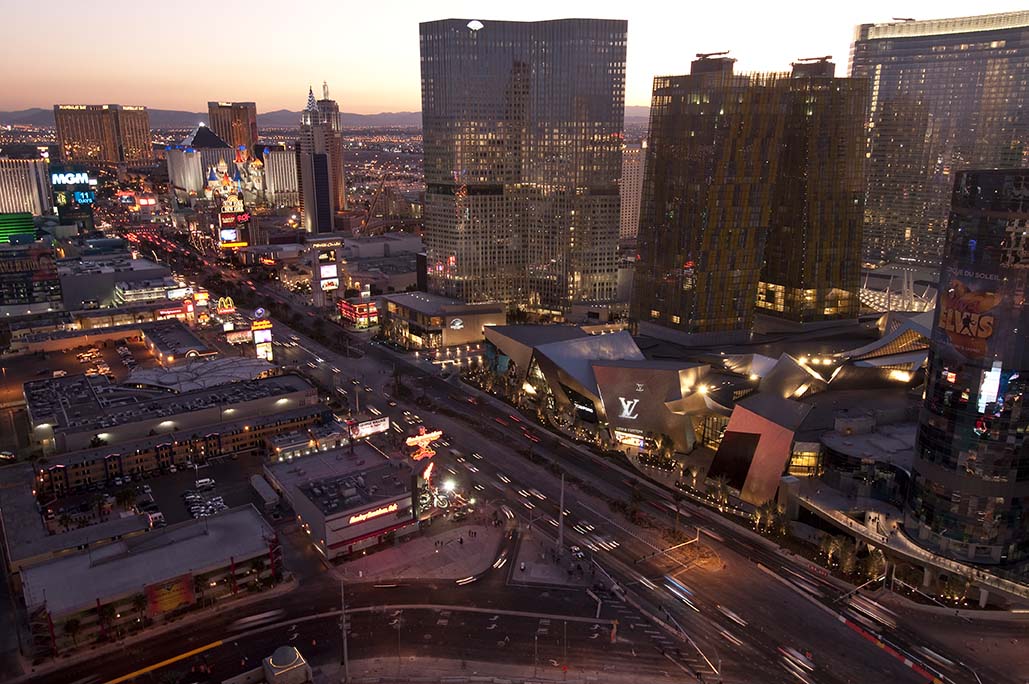 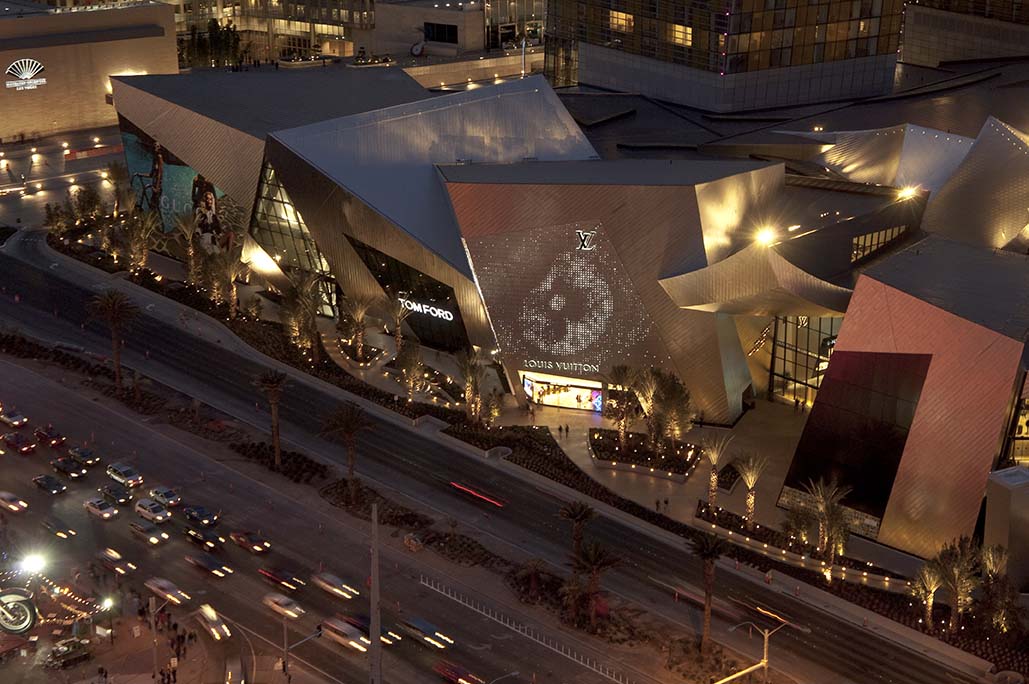 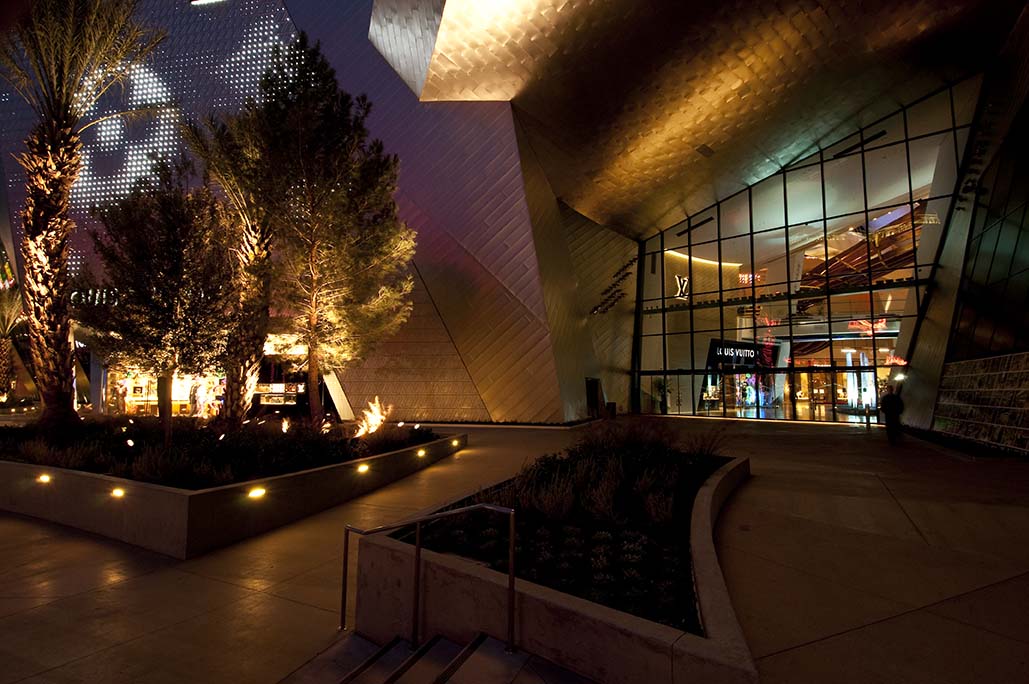 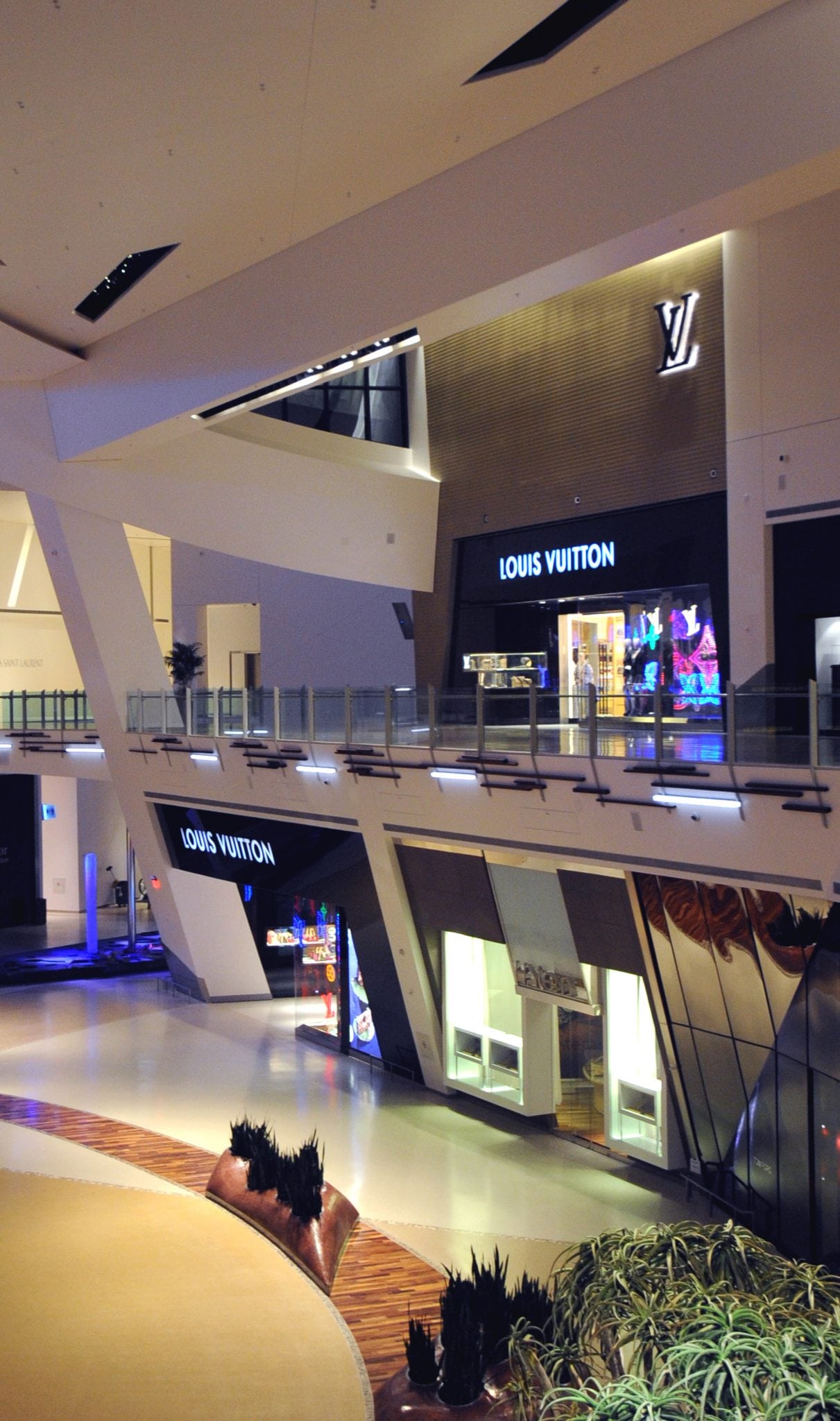 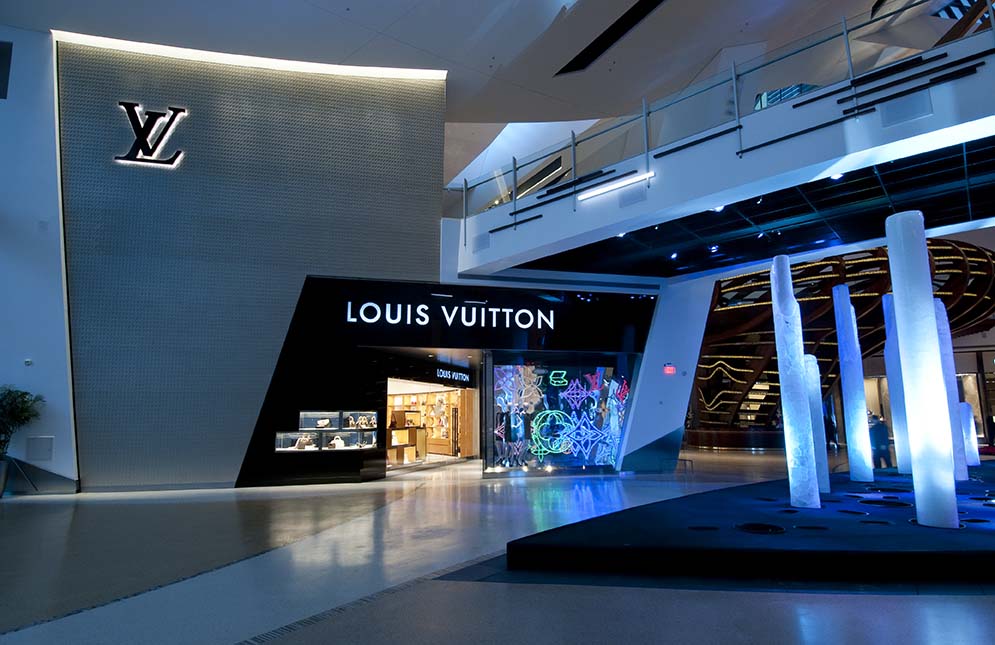 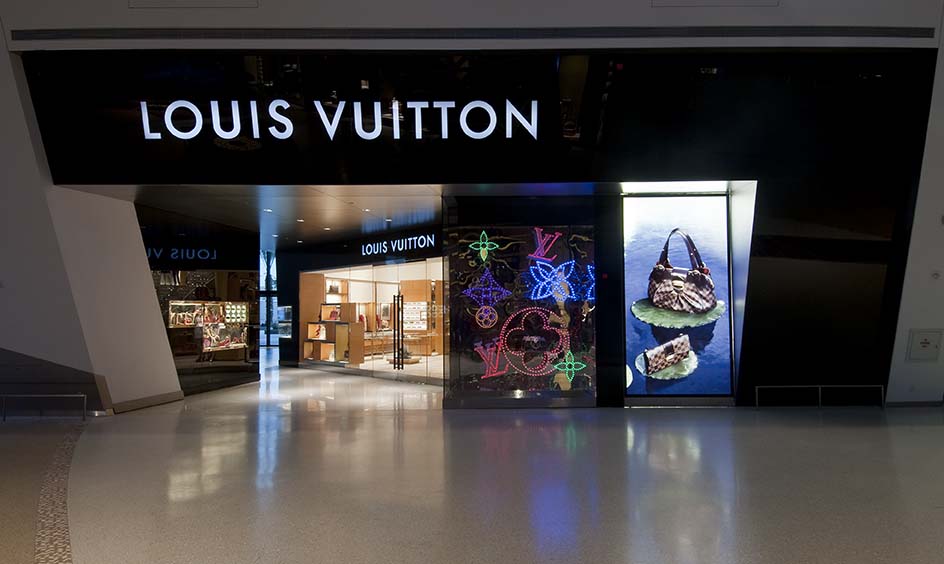 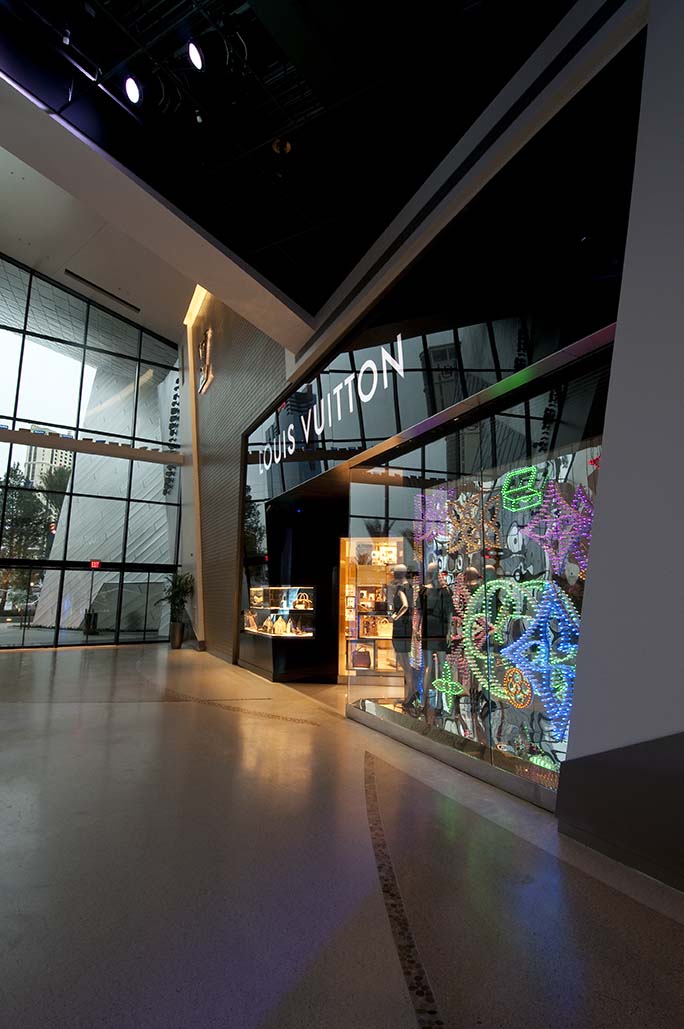 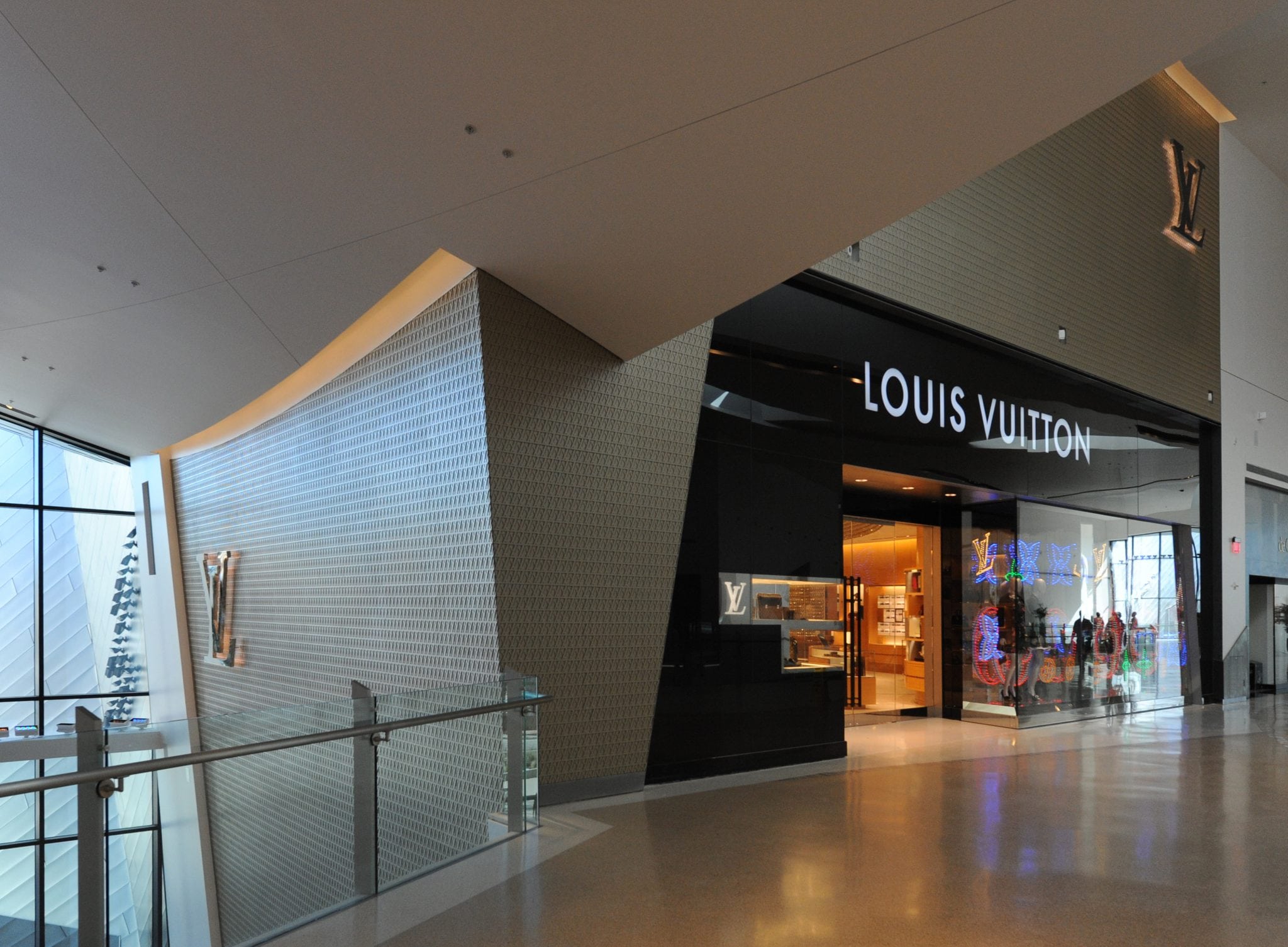 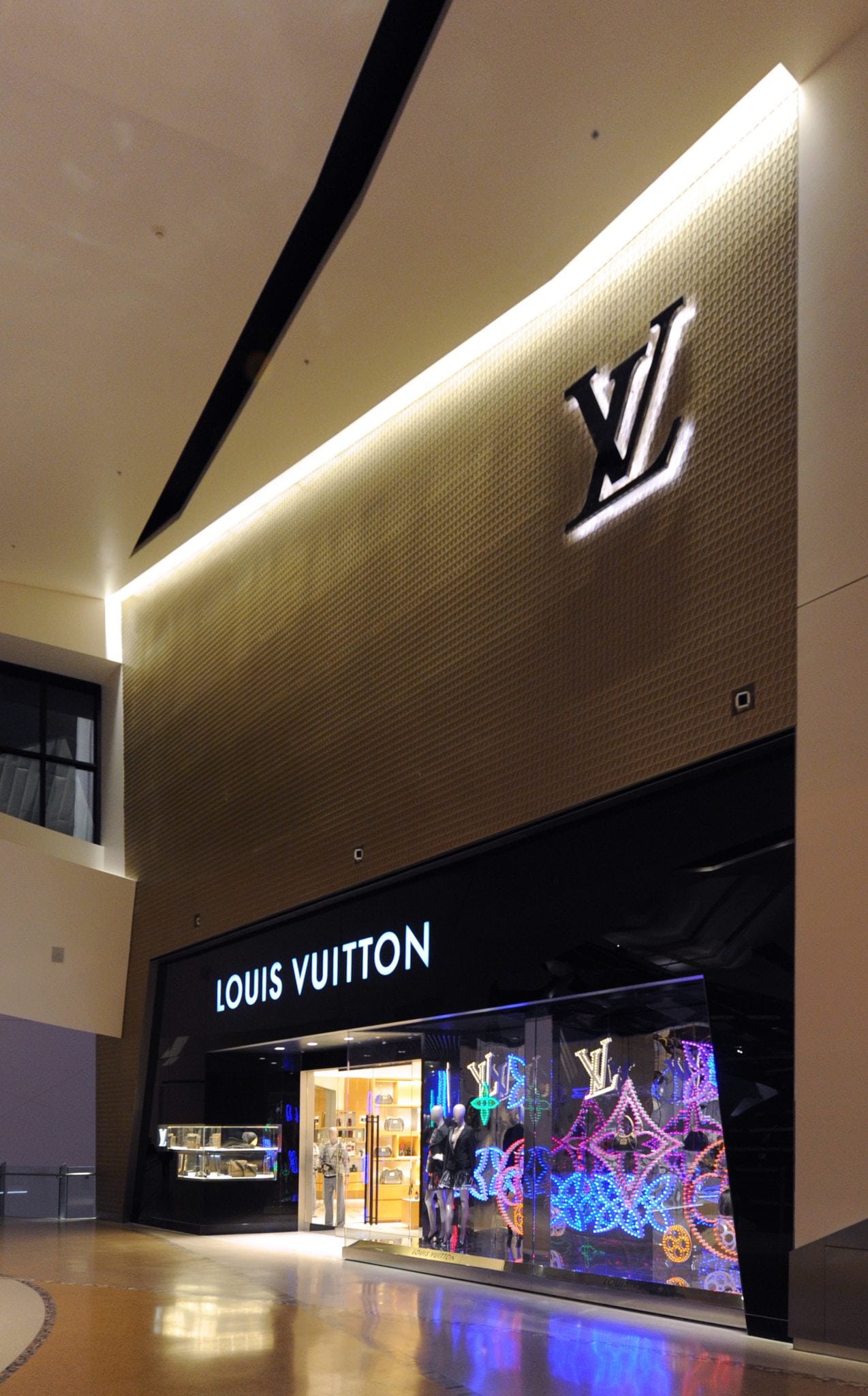 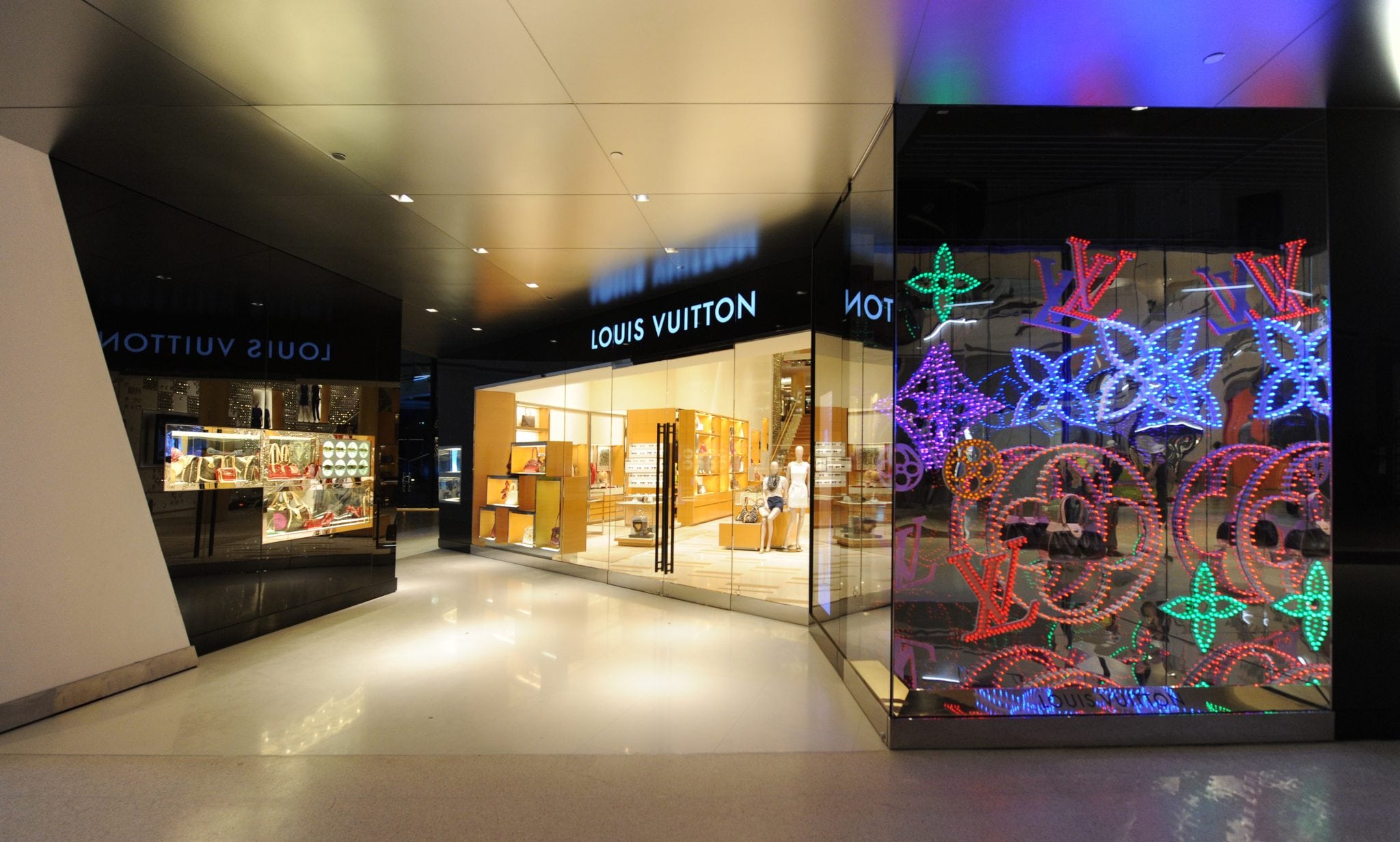 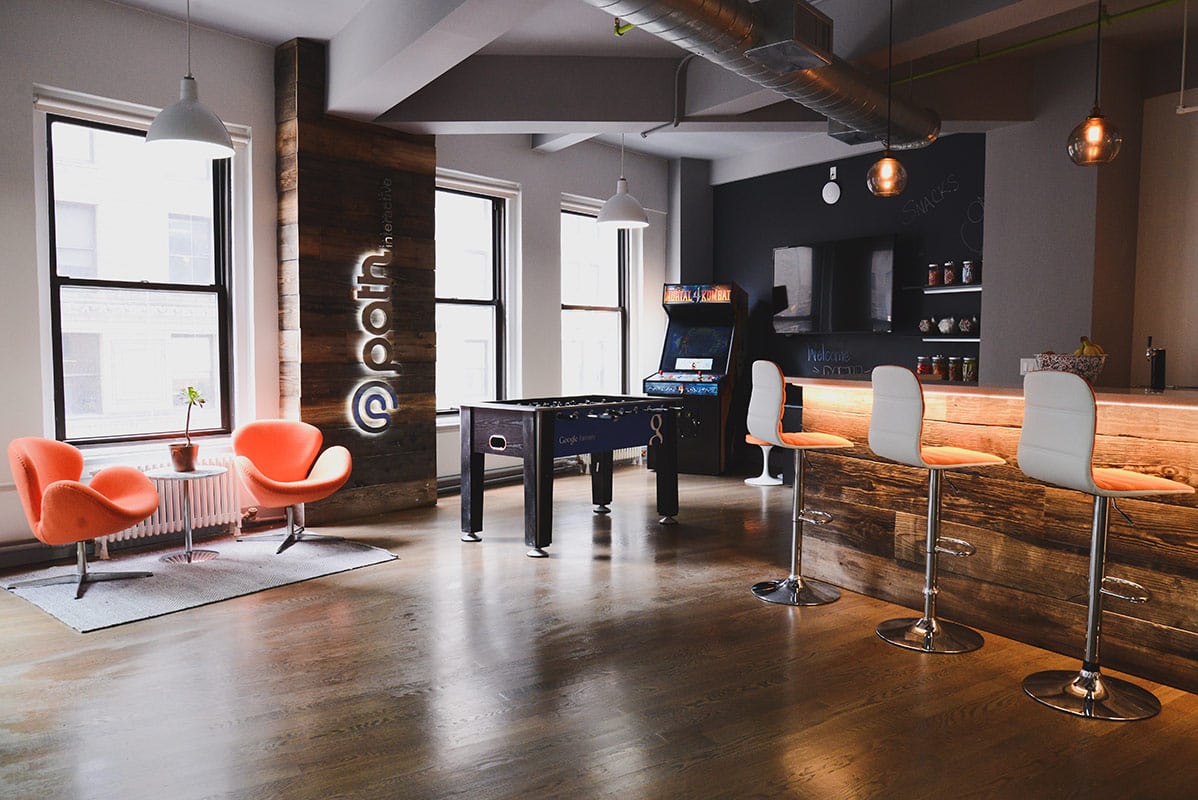 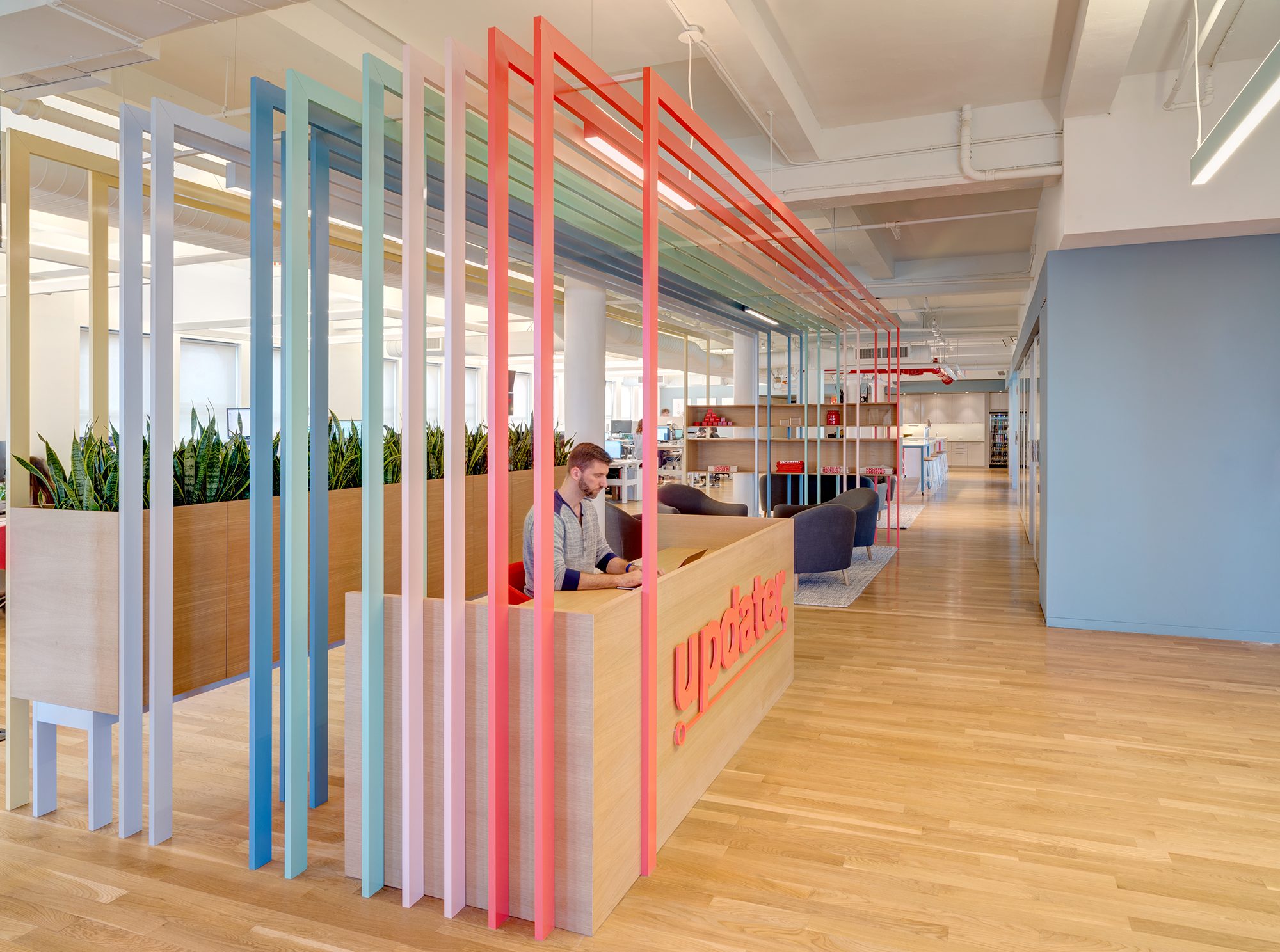